The Child Support Agency interfered in a perfectly amicable arrangement, in April 1996 the CSA forced themselves onto the private arrangement which my ex-wife and I had which started in July 1995 when we split up, the CSA had threatened to stop her benefits if she did not open a case against me. At the same time, they were telling me that she had opened a case against me which caused conflict between us. When the case was opened the CSA immediately put me into thousands of pounds of arrears and had increased the payments to well above my means and did not take into account the payments I had already made. When I started paying the CSA after being forced to do so under duress and via a DER on my salary my children did not get any money from the CSA, my ex-wife only received her benefits. So basically the CSA stole money from my children this was not in the best interests of the children as they were financially worse off when the CSA intruded which is a breach of section 2 of the Child Support Act 1991. The CSA also ignored my ex-wife when she wanted to continue with our private arrangement, the CSA should have actually closed the case upon my ex-wife's request. Due to the disgusting treatment by the CSA I decided to leave the army after 16 years of service. Parliament disapproved of the CSA hounding people with private arrangements you can see the Early Day Motion here

In 2009 I was given two liability orders totalling just short of £12,000 where these arrears came from I have no idea, I had been making substantial voluntary payments, to clear the arrears as quickly as possible, but then my circumstances changed and I had to reduce the payments.

In November 2010 I started to challenge the arrears after I noticed the dates on the liability orders were incorrect the CSA staff member Gary Chick then became even more militant and forced a DEO of 40% of my salary as I refused to sign a Direct Debit mandate as I was already paying via Standing Order which is the prefered method of collection according to the Child Support Act 1991 section 29 3 (e) (i). Gary Chick was fully aware of the harm he was going to cause me yet he still proceeded with the enforcement of the DEO at 40% of my salary. He was also aware that I was in receipt of a War Disablement Pension which should have attracted the flat rate and a DEO should have never have been enforced. I did not want to pay via Direct Debit as I had heard many people complaining that the CSA had emptied their bank accounts breaching their agreement.

I started emailing formal complaints to many departments and MP's my complaints of fictitious arrears and inaccurate liability orders went ignored for a long time when the CSA did respond to my MP Theresa May they told her blatant lies and she took my complaints no further. I continued to complain and eventually, my case was handed over to ICE, when ICE finished their report it was in favour of the CSA which was totally incorrect, my case went over to the PHSO. When I discovered the CSA had discarded my War Disablement Pension I informed the PHSO of this issue, the PHSO caseworker then contacted the CSA, as soon as they knew they were rumbled the CSA complaints team then admitted to having maladministrated my case providing misleading information on the liability orders and wrote off £3,400 which had already been paid in a private arrangement which they failed to remove in 1997 when it was confirmed that I had been paying child maintenance previous to the CSA intruding.
So with the admittance of the CSA proves that ICE is biased and in bed with the CSA - ICE did not uphold any of my complaints but when it was looking like the PHSO was going to do a statutory investigation the CSA put their hands up to wrongdoing which blew the ICE investigation report out of the water. I was awarded a £5,000 consolatory payment which does not cover the loss and damages caused by Gary Chick bearing in mind I had a severe breakdown and was made homeless as a result of his wrongdoing.

In my data files, I discovered that when I was to be given the consolatory payment Sue Waldron was wanting to apply for another liability order against me, obviously, I had angered her at making a complaint against her staff, she was fully aware that I had lost everything and was struggling with my mental health and was suicidal after the wrongdoing of Gary Chick. Sue Waldron's intentions were malicious as she knew this would cause me further distress and quite possibly push me over the edge - malicious intent. I wonder how many men have taken their own lives because of her malicious actions? Sue Waldron is a very nasty malicious piece of work, as you can see by the malicious unlawful conduct of the Child Support Agency they can be used as a weapon against the paying parent to cause severe distress and financial harm. If a receiving parent has a grudge then they can use the Child Support Agency/Child Maintenance Service to financially abuse their ex-husband/partner which happens a lot of the time. The statutory system is open to abuse and it is not in the best interest of any child to have them involved.


The CSA/DWP refuse to give me compensation and damages even though they are fully aware that the damages and loss were through fraud and malfeasance, they know that no law firm will give representation against them so it is impossible to get them into Court to get proper redress and remedy which is totally unconstitutional. The government turn a blind eye to this wrongdoing and allow the CSA/CMS to proceed with their illegal operations. This is a massive scandal waiting to be exposed! Access to representation and justice has been hindered and blocked by the Government which is a breach of the rule of law which the UK must uphold and promote. Let us have a look at the role of the Attorney General, the Attorney General is fully aware of what has been going on with the illegal operations of the CSA/CMS but Suella Braverman has turned her back on her constitutional obligations.

The Attorney General's Office (AGO) supports the functions of the Attorney General and the Solicitor
General (the Law Officers). The role of the Attorney General includes:
● Acting as Chief Legal Adviser to Government, Parliament and the Crown
● Superintending and having general oversight of public prosecutors
● Cabinet level membership of the Government
● Working with the Justice Secretary and the Home Secretary to provide a more efficient,
effective and accountable criminal justice system for victims and the public
● Carrying out independent public interest litigation functions
● Promoting the rule of law at home and overseas
● Acting as leaders within the legal professional world


What is the rule of law?
Lord Bingham of Cornhill, one of the most respected jurists of the modern age, identified a number of its key features.22

The Rule of Law concept, in essence, embodies a number of important inter- related ideas. First, there should be clear limits to the power of the state. A government exercises its authority through publicly disclosed laws that are adopted and enforced by an independent judiciary in accordance with established and accepted procedures. Secondly, no one is above the law; there is equality before the law. Thirdly, there must be protection of the rights of the individual. In modern society, the value of the Rule of Law is that it is essential for good governance. Governments must govern in accordance with established laws and conventions and not in an arbitrary manner. The law must set out legitimate expectations about what is acceptable behaviour and conduct of both the governed and the government. This is important: the law must apply equally to the government and the individual citizens. (The late Lord Tom Bingham)


• No-one is above the law, and the law applies equally to everyone, unless objective differences mean people should be treated differently.

• Legal rights and responsibilities are decided according to rules of law, not by the exercise of general discretion.

• Ministers and public officials must exercise their powers reasonably and in good faith. They must only use their powers for the purpose for which they were conferred, and must not exceed the limits of their powers.

• The state must provide accessible ways for people to resolve legal disputes between them. Justice should not be excessively delayed, or inordinately costly.

• Individuals are entitled to a fair trial in the determination of their legal rights and responsibilities. This includes the principle that judges be independent and impartial.

• The state must comply with its obligations in international law.

• The law must provide adequate protection of fundamental human rights.

As you will see the Government are in breach of the rule of law, the Government created the CSA/CMS which is not working at all and costs the taxpayer a lot of money. The Government are clearly making money from the CSA/CMS and clearly do not care about the harm and damages the CSA/CMS are causing to children and their wellbeing.
When a person is abused by the CSA/CMS it causes severe distress and often a psychiatric injury, that person is unable to function properly and forced onto the sick which means that the children are no longer being financially supported, the Government are no longer getting their tax ad are having to pay out in benefits and that person may have to rely upon the NHS for mental health support. When a person takes their own life because of the CSA/CMS abusing their powers the children are left without financial support from their father.
The Government's and CSA/CMS's soundbites of lifting children out of poverty and giving the children the best start in life smells like bullshit in a chef's salad. It is clear all the CMS are interested in is to hit their targets hence forcing people onto Collect and Pay and get as much money as possible, and due to the lack of accountability, they do not care if they take money illegally. They do not give a monkey's chuff about child poverty and the welfare of the children targets and bonuses is the name of their game.

To see the principles of the rule of law go to page 15 Chapter 2 of Law for Lawmakers
Originally conceived as a “pocket” guide for members of both houses and their staff, it is designed to provide a basic introduction to some of the core legal and constitutional principles with which  they grapple on a daily basis at Westminster. Law for Lawmakers

Popular posts from this blog 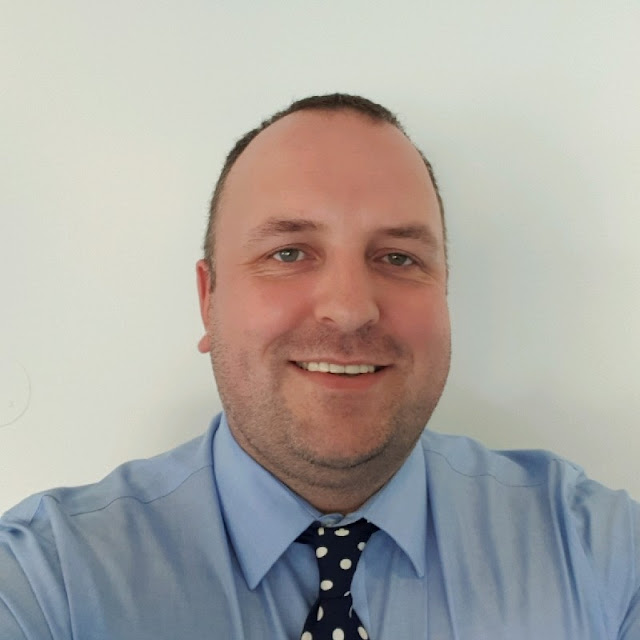 Gary Chick of Plymouth was a member of the Plymouth Child Support Agency Business Unit, during his time there he abused his powers and committed fraud against a veteran who was made homeless as a result of Gary Chick's wrongdoing. Gary Chick's actions against this veteran were totally unlawful and illegal. Gary Chick misconducted himself in a public office but all of this fraud and misconduct/malfeasance was covered up by the Child Support Agency Complaints Review Team and labelled as errors and maladministration. The Child Support Agency investigating themselves is just like the Russians investigating the Salisbury poisonings. The complaints system for the CSA/CMS is highly biased and broken and gives no proper redress or remedy when the CSA/CMS has been caught acting illegally for more on this subject see this article The broken and biased CSA/CMS complaints system Gary Chick of Plymouth Child Support Agency business unit It would seem whilst Gary was employed by the Chi
Read more